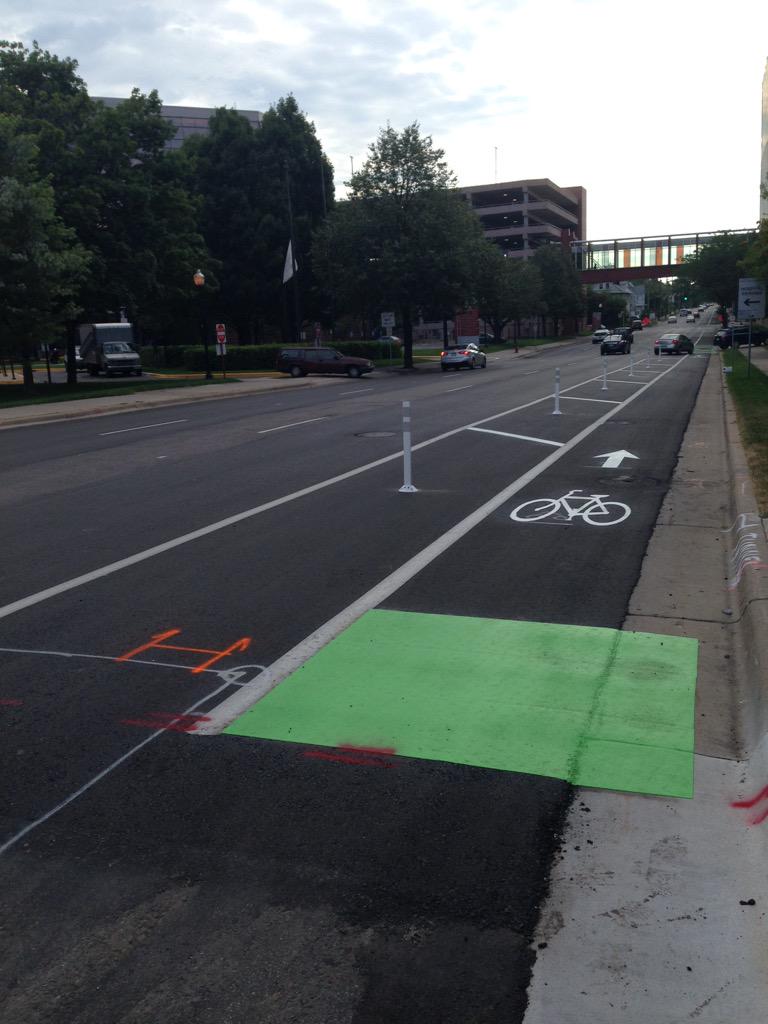 Connecting South Minneapolis from Portland to Hiawatha, 26th and 28th St E were repaved in 2015. After a long public engagement process and a number of volunteers and community members, the City took this opportunity to install bollard-protected bike lanes on 26th and 28th Streets.

Between Portland and Hiawatha, each street now has a protected one-way bikeway. Together the two streets form a one-way pair. To complement the bike lanes, each street was reduced by one car lane, slowing down traffic and making the street safer for all users.

We're excited to see people on bikes start to use these new lanes. With the corridor's mix of residential and commercial uses, along with its connections to the Portland/Park, 17th Ave, Midtown Greenway, and Hiawatha Trail bikeways, bicyclists can use the bikeways for a variety of purposes.

Finally, we are continuing to work with the city to ensure that these protected bike lanes are extended all the way to Hennepin Avenue in the near future. The extensions were designated as Tier 2 bikeways in the Protected Bikeways Plan passed by the City in 2015, meaning they should be completed by 2020. 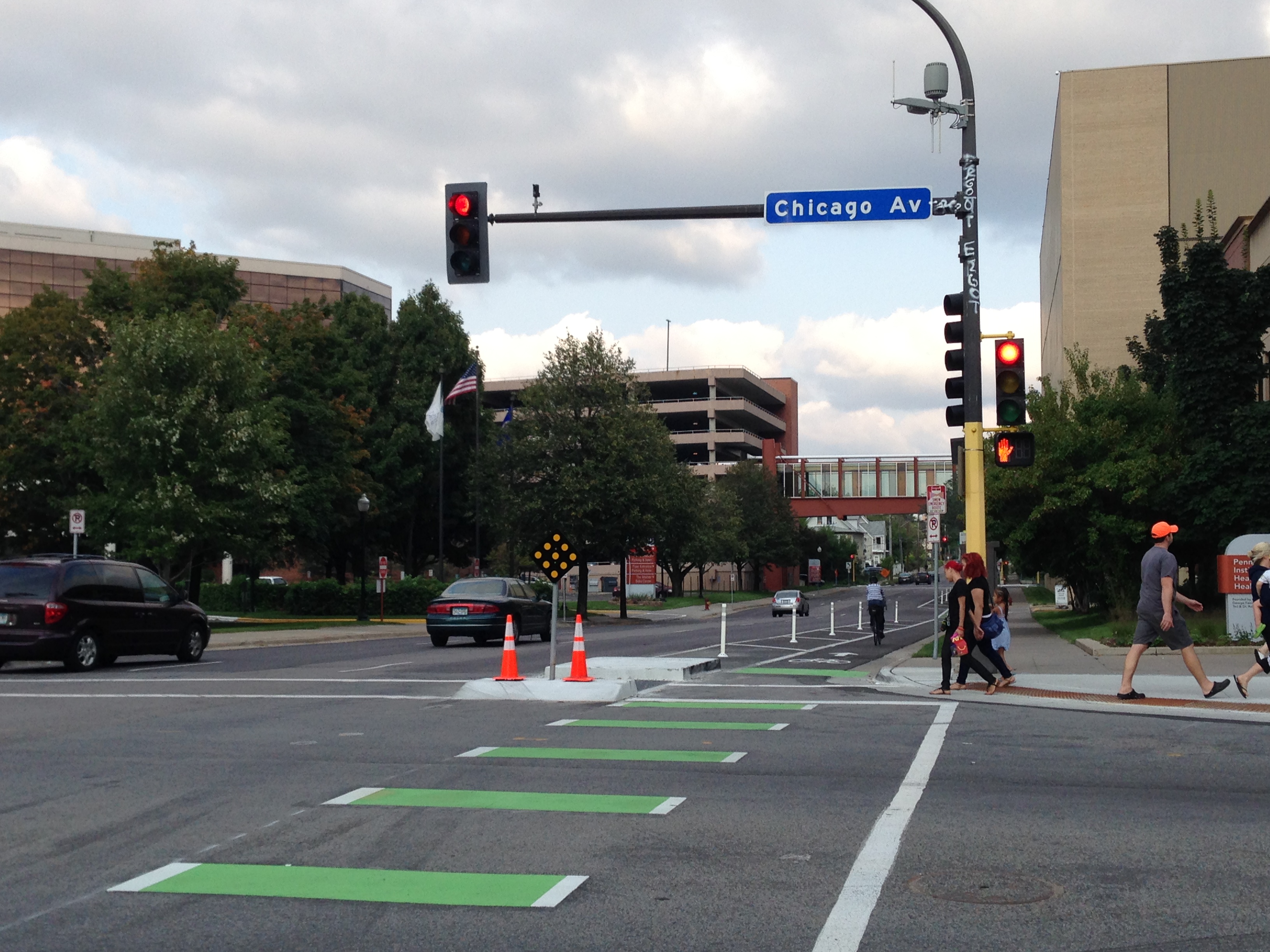 These protected lanes are a definite win for all who use these streets and are a sign of what is to come all around Minneapolis in the next five years and beyond.

Also, make sure to subscribe to email updates so that we can keep you up to date on what's happening with bikeways in Minneapolis!