Bikeways for Everyone Kick-off Event - What We Learned 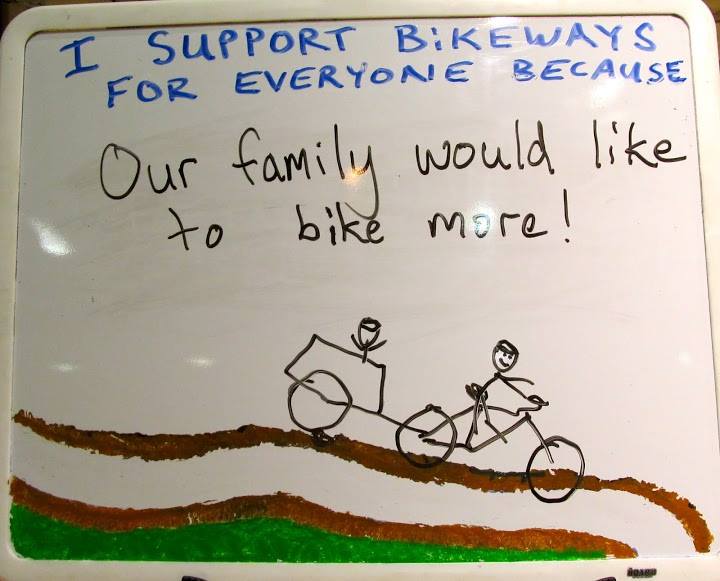 We were so pleased at the great turn-out at the Bikeways for Everyone Kick-off Event on April 29th.

You may wish to pass this on to family and friends who also care about safe streets and connected communities in Minneapolis.

Nicole Nafziger and Scott Shaffer kicked us off.

We heard speakers sharing about the potential impact of a protected bikeway network from a variety of viewpoints:

- Molly Sullivan, Family Cyclist, and Mom, about how Bikeways attract people to our city

- Linda Higgins, Hennepin County Commissioner, about Bikeways as part of our transportation system

- Ebony Adedayo, Alliance for Metropolitan Stability, on the anticipated positive impacts of the North Minneapolis Greenway

- Joshua Houdek, Sierra Club North Star Chapter, about the importance of Bikeways for the environment

- Janelle Waldock, Blue Cross Blue Shield, on the importance of Bikeways for health

- Kevin Reich, Minneapolis City Council Member, on Bikeways for business and the importance of Bikeways for our city

- Ross Joy, Corcoran Neighborhood on the impacts of Bikeways for neighborhoods

- Harry Hull, parent whose daughter was tragically killed while biking on the significance of Bikeways for safety

We were so pleased to have City Council Members Lisa Bender and Alondra Cano as well as State Representative Phyllis Kahn join us.

We gathered feedback on where priority routes should be in the city utilizing maps and markers: 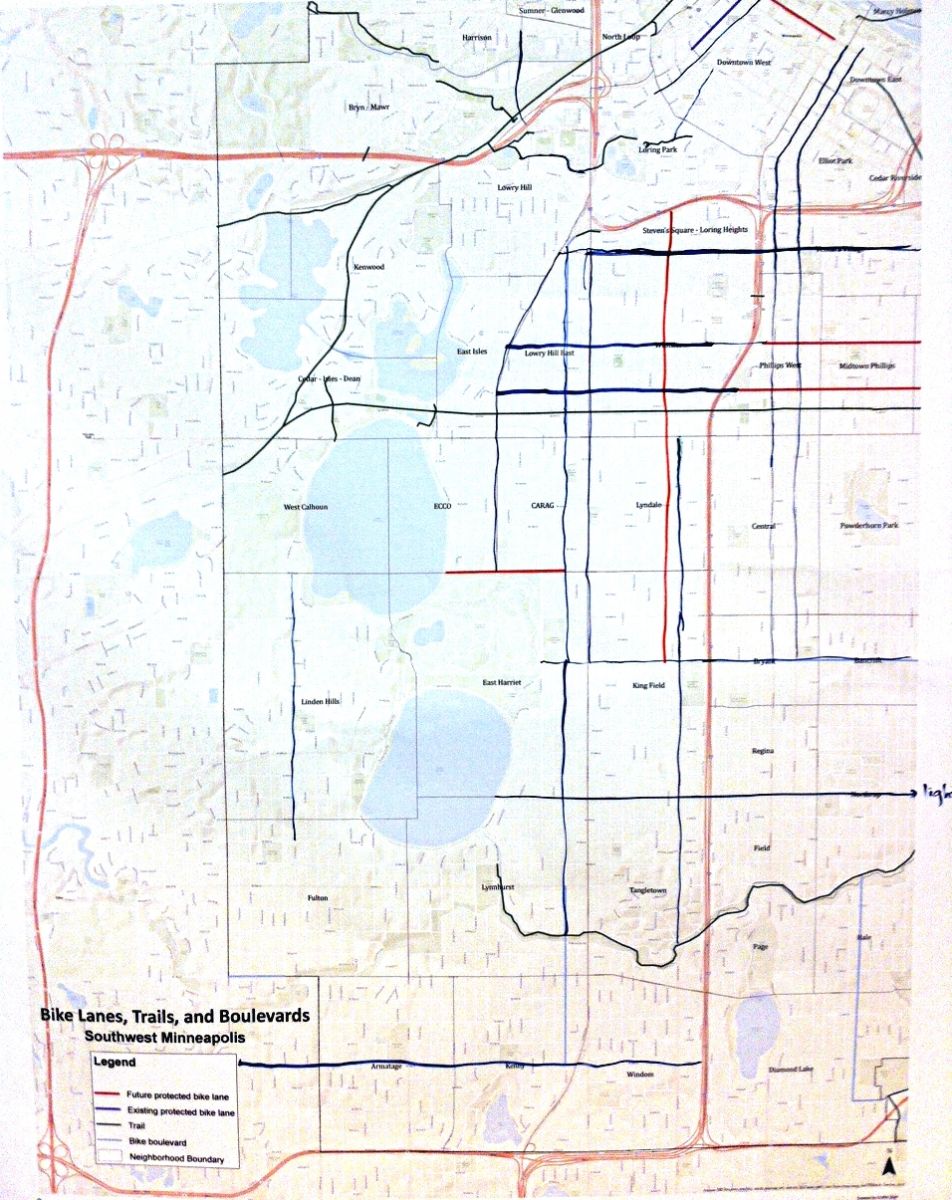 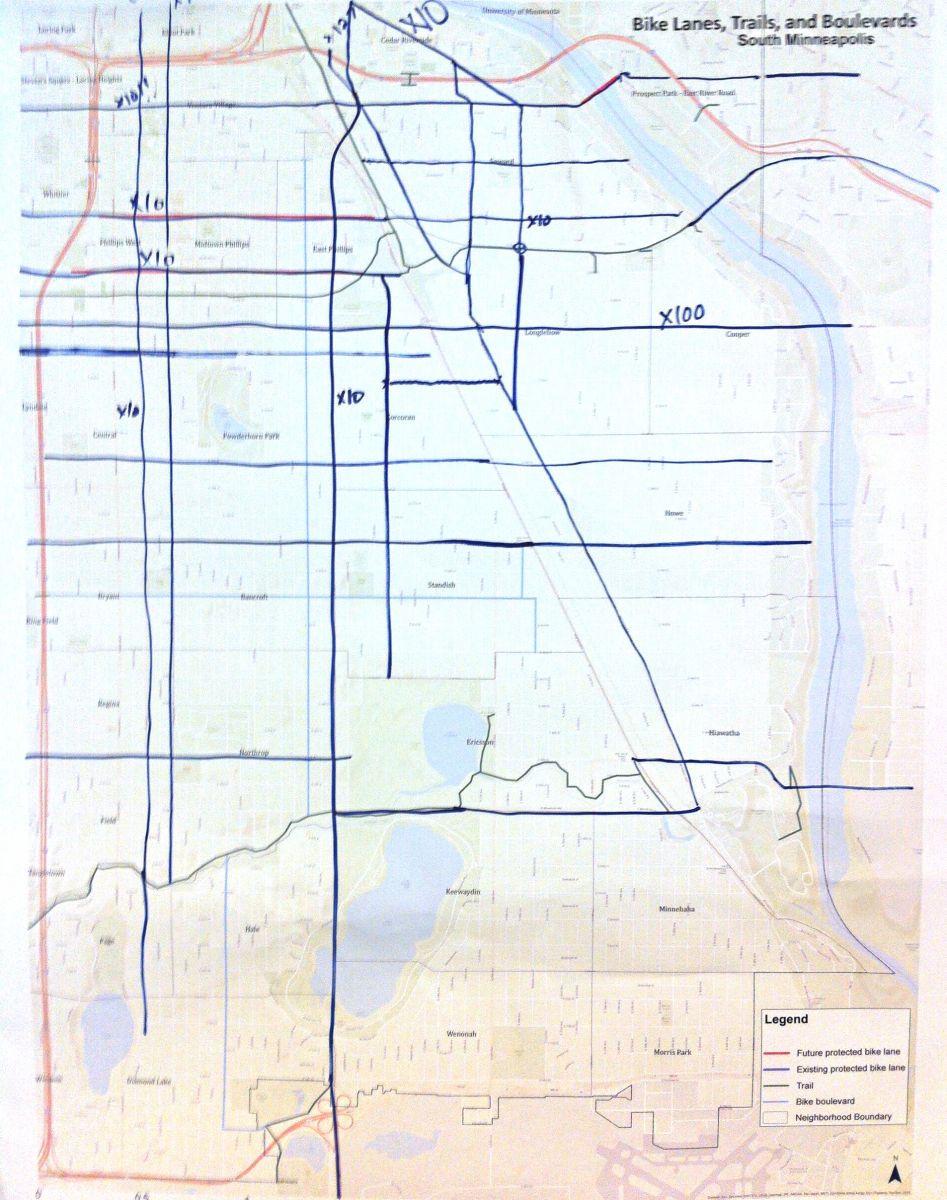 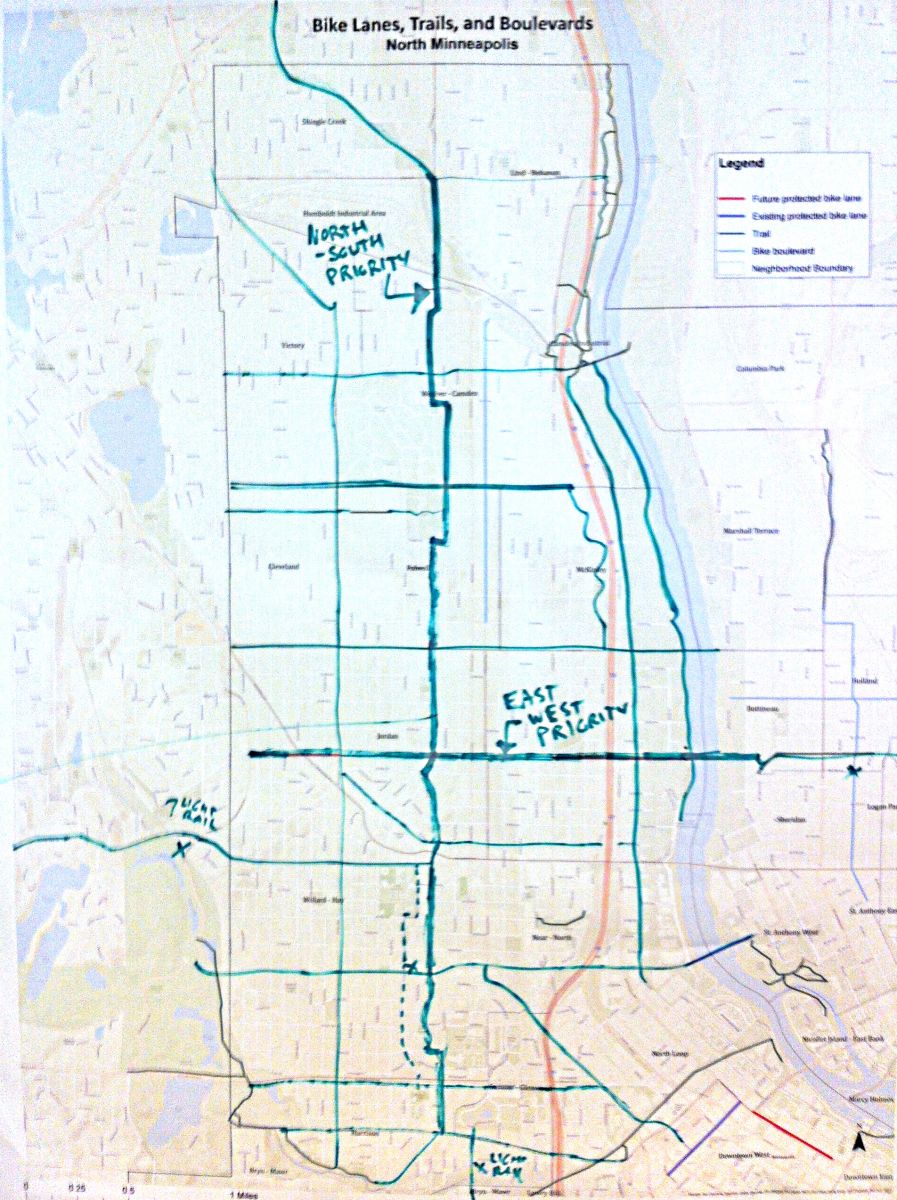 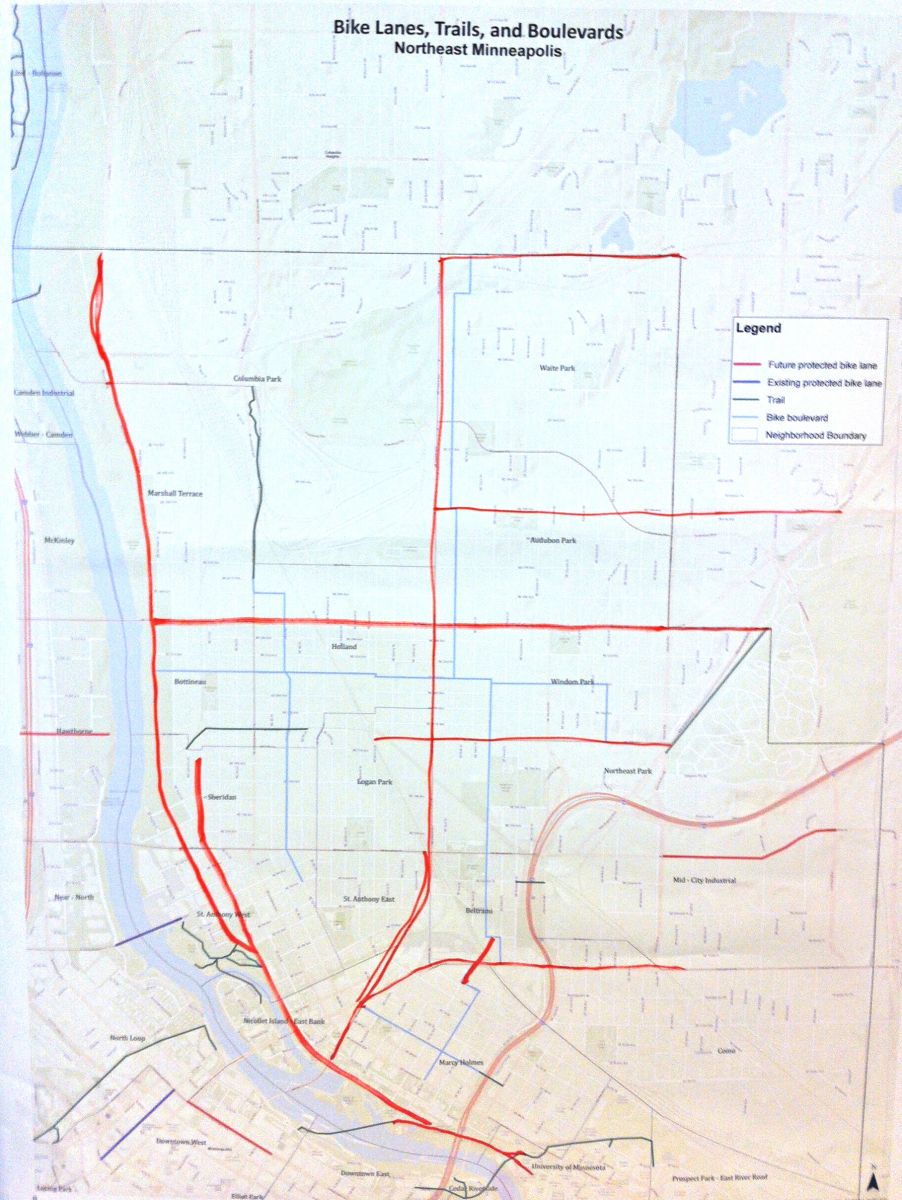 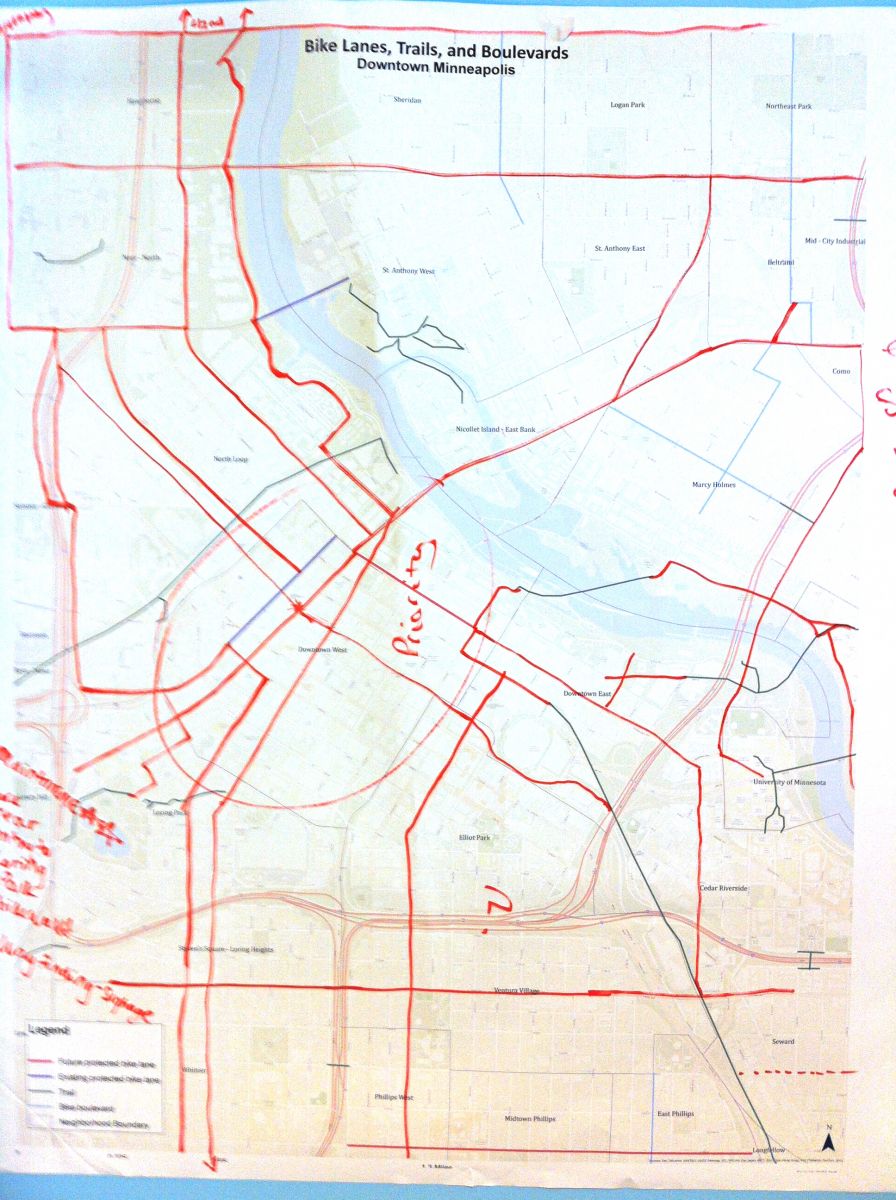 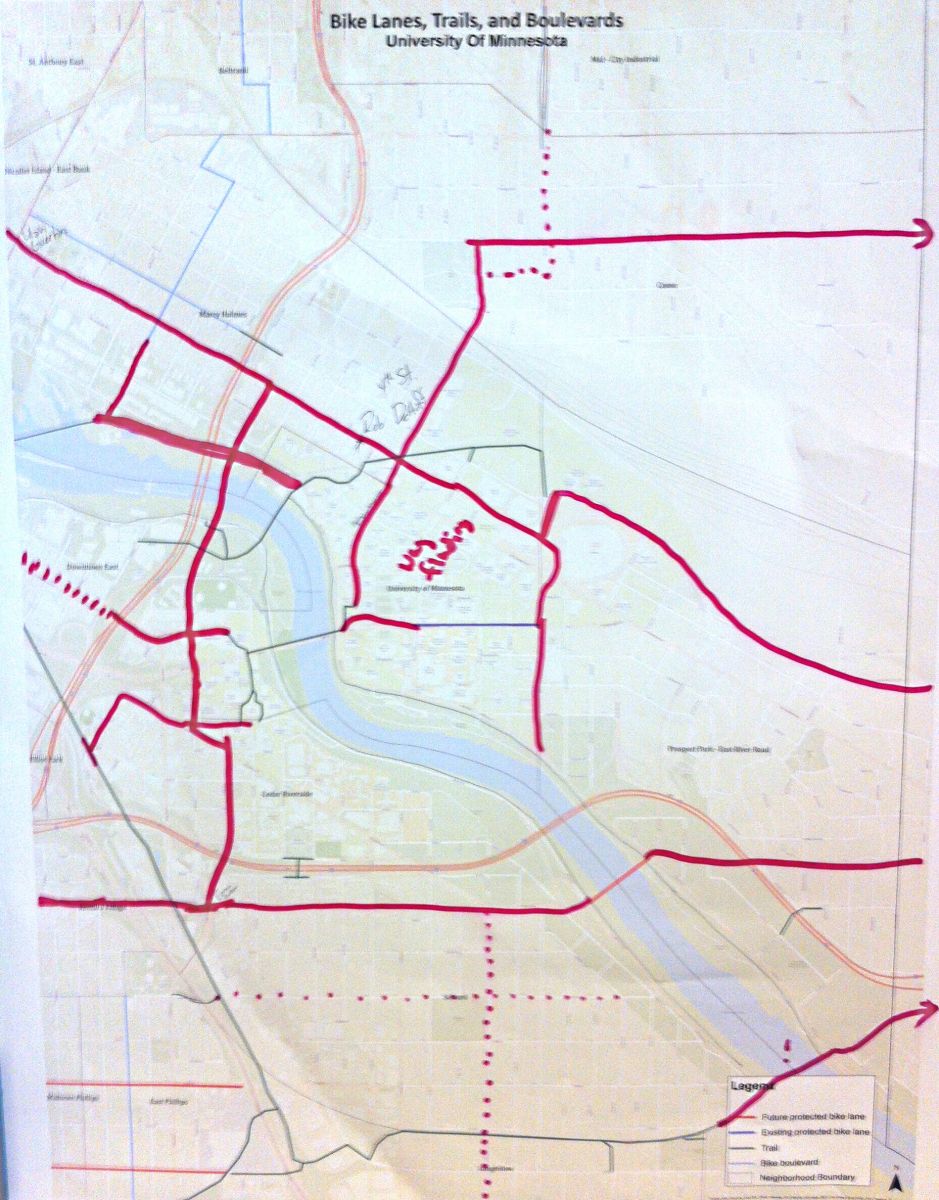 Learn more from articles here and here.Weigh-in on the City of Minneapolis survey here.

Bikeways for Everyone Work Group Meeting3rd Monday of each month from 6:00-8:00 pm.

New volunteers are always welcome. We meet at the Minneapolis Bicycle Coalition Office at 1428 Washington Avenue South #204. There is often a happy hour before or after the meeting.

Volunteer!
There are many different ways to get involved - from helping out one-time at a tabling event to diving into planning, leadership or communications. To volunteer, connect through the Bikeways for Everyone partner organization you already volunteer with or click here.