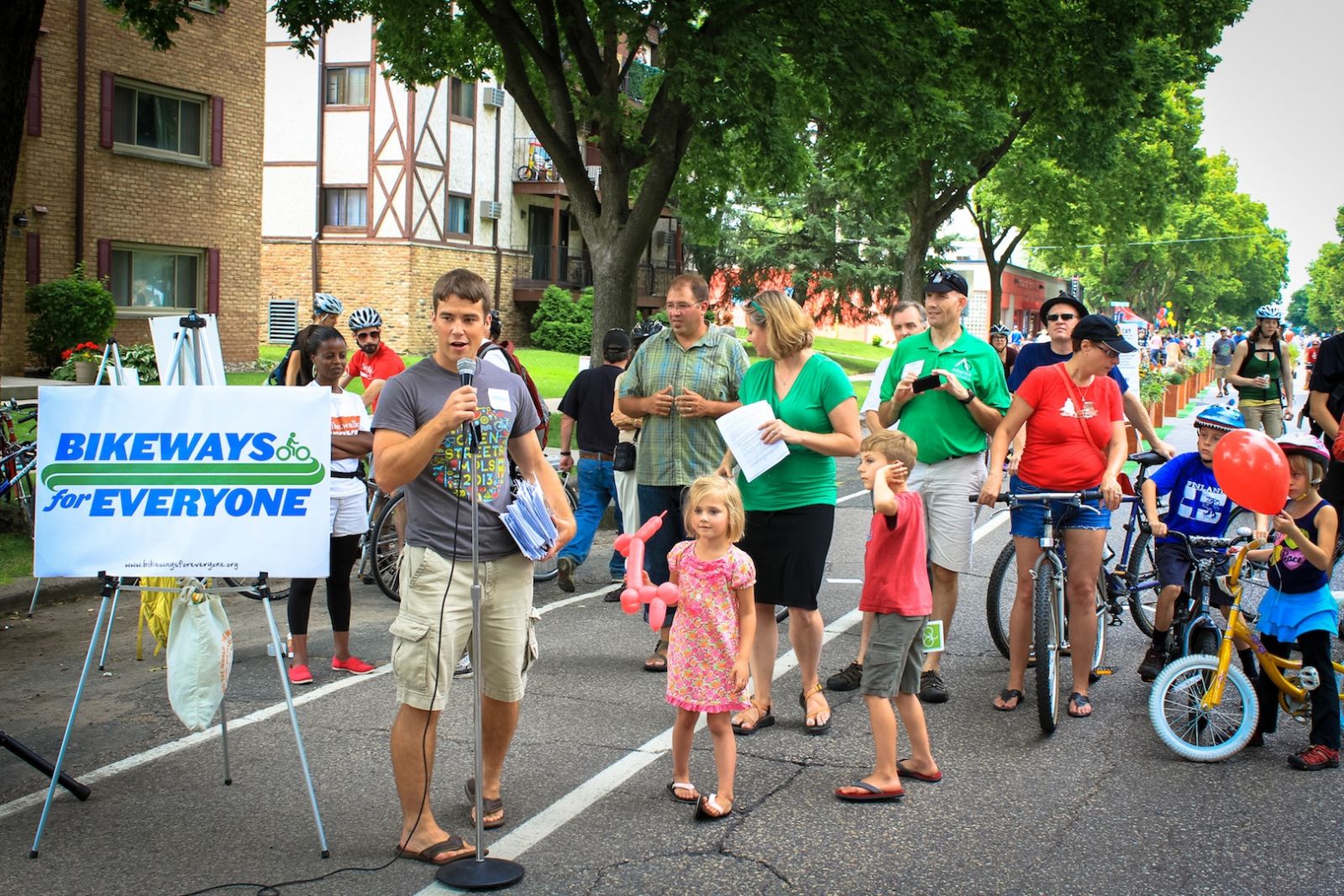 More than 900 signed postcards in support of a protected bike lane ("cycle track") on Minnehaha Avenue were unveiled during the Minnehaha Open Streets event on August 11. The postcards will be delivered to Hennepin County Commissioner Peter McLaughlin and Minneapolis City Council Members Sandy Colvin Roy and Gary Schiff. The postcards were collected at nearby community events by Bikeways for Everyone campaign partners.

“We have before us a huge opportunity on Minnehaha Avenue,” said Nicole Nafziger, a signer of one of the postcards and an area resident who recalled the harrowing experience of recently trying to bike on Minnehaha with her two young children.

“As a mom, who is carrying her most precious cargo in the world, I can tell you--the status quo doesn't cut it. We are not asking for more. We are asking for better. Better for us now, but really, better for our children, and better for the health of our city and the businesses that make it hum.”

Council Member Cam Gordon and Martha Mellgren, who started an adult learn-to-ride class at nearby SPOKES Bike Walk Connect July 2, also offered support for the Minnehaha Avenue cycle track. A well-designed cycle track will provide a great link between the Midtown Greenway and the Minnehaha Parkway trails, provide greater access to local businesses, and improve comfort and safety for everyone. All of that can happen without any impacts on traffic, parking, or trees.

Show your support for cycle tracks on Minnehaha Avenue by contacting the local elected officials for the project:

We have a great opportunity with Minnehaha, which will be reconstructed in 2015 and 2016, because a cycle track can be added at little or no additional cost.

But we need community members to show their support and encourage their elected officials to champion a better cycle track design that improves comfort and safety while also protecting street trees and on-street parking.

Here is more information on Minnehaha: 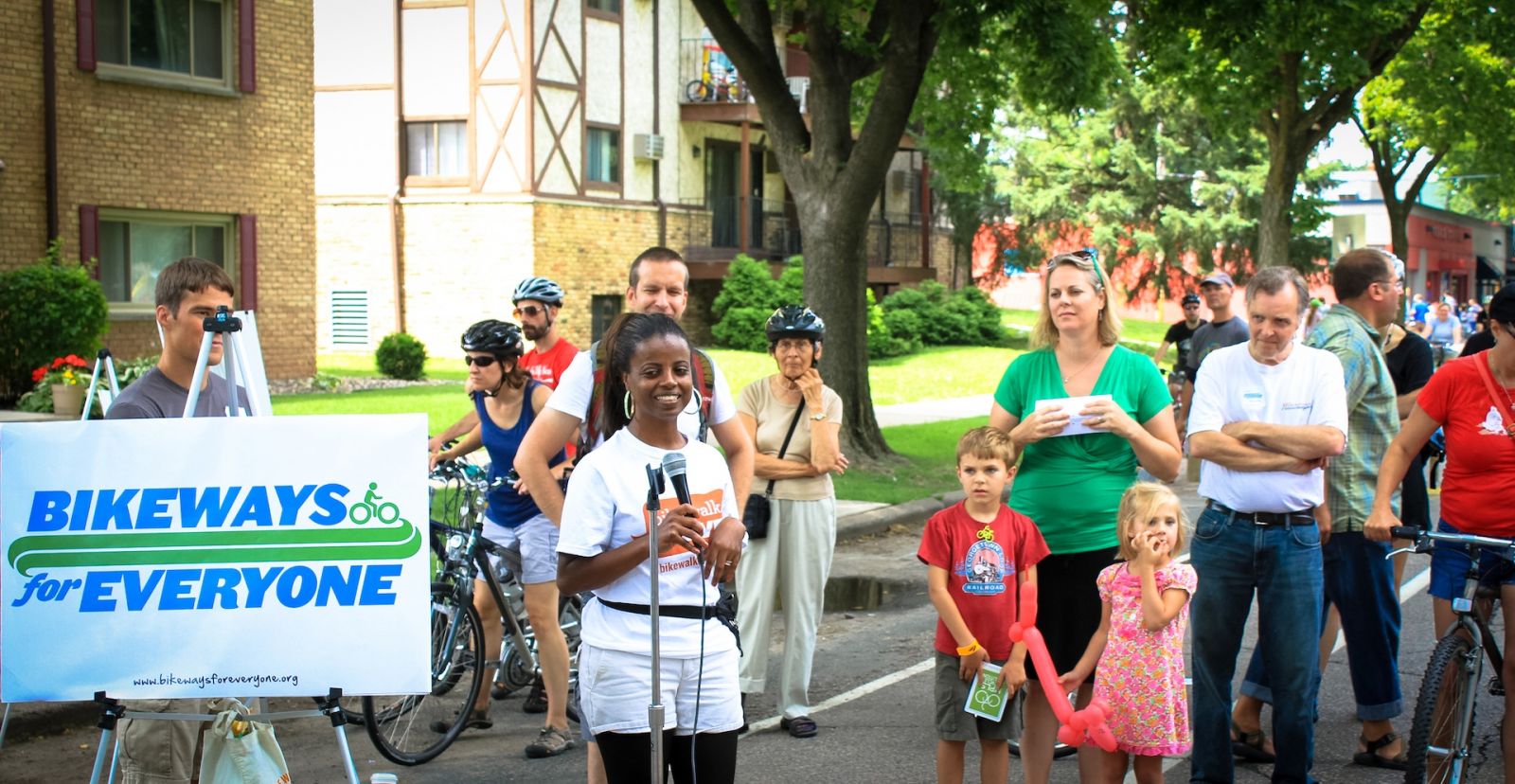 Martha Mellgren recounts her joy at recently learning to bicycle and how she feels comfortable
on trails, but not on streets like Minnehaha today. 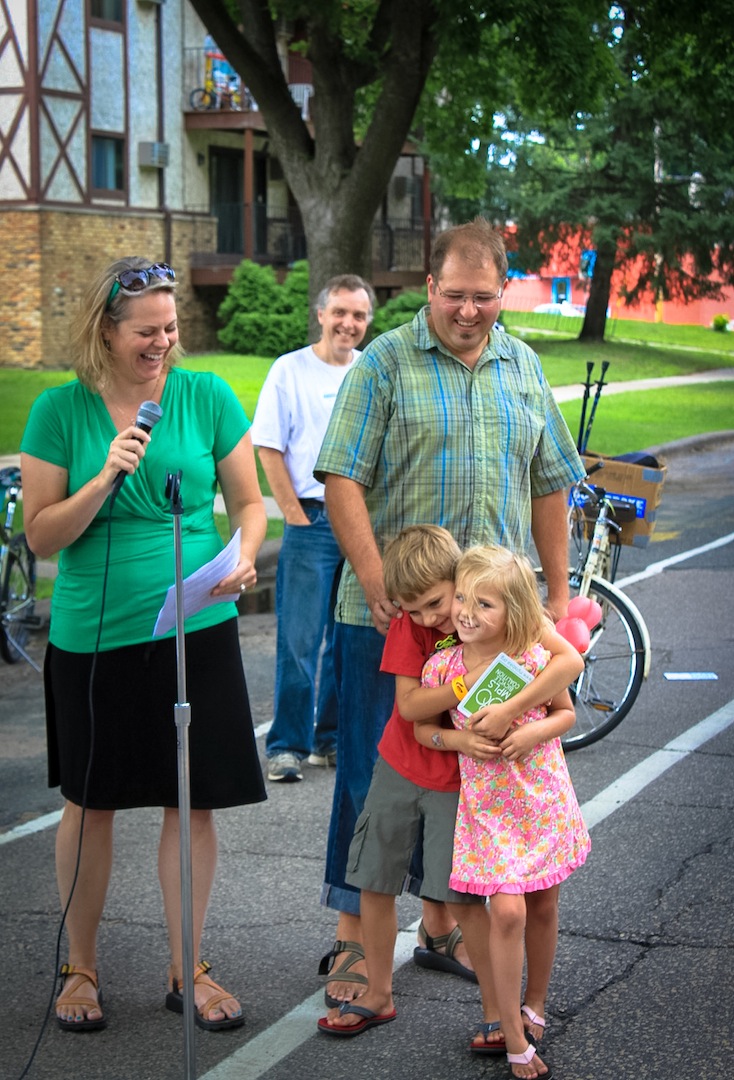 Nicole Nafzinger addresses the crowd with her husband Adam and their kids Linus (6) and Freya (4). 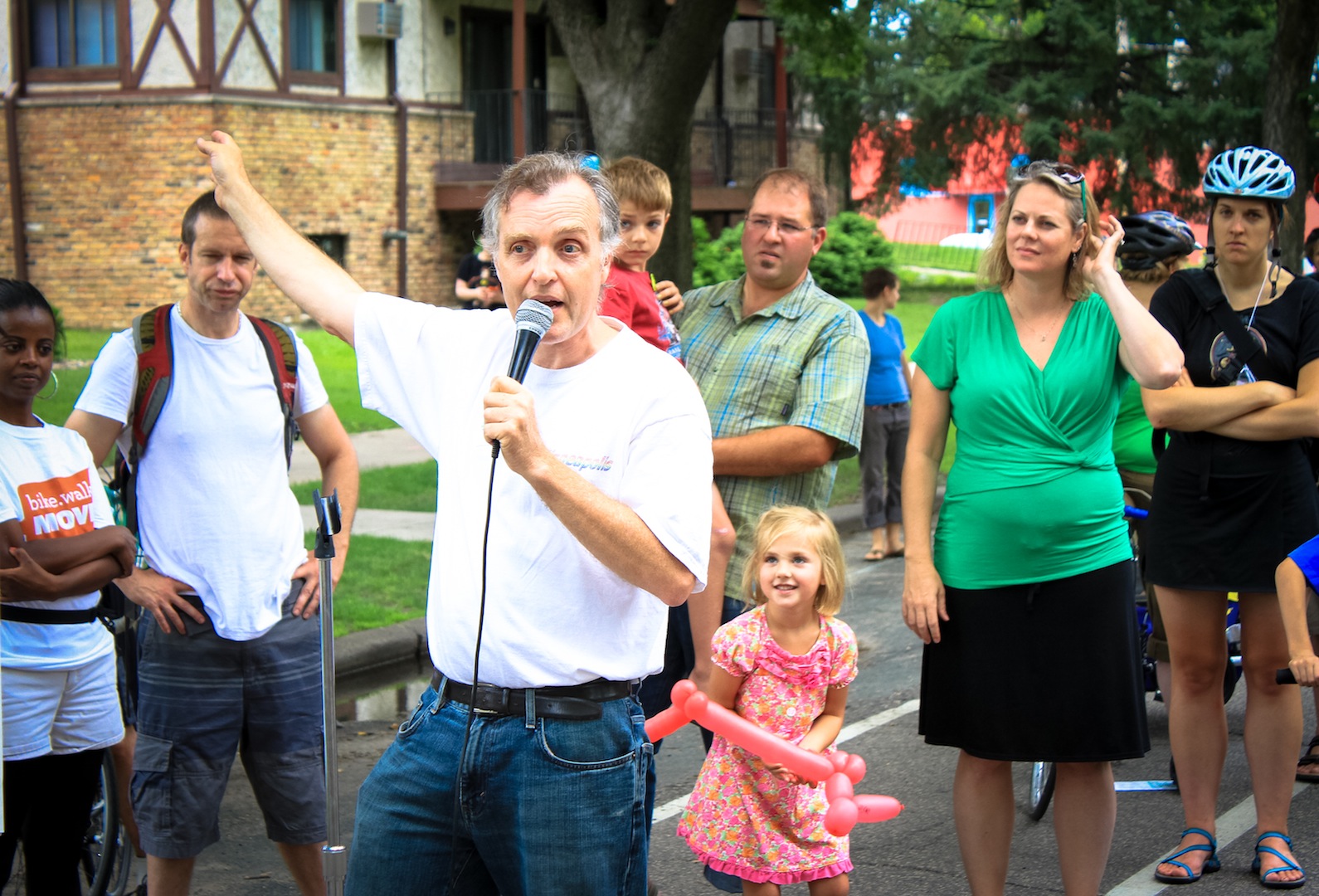 Council Member Cam Gordon shares the vision of connecting Minnehaha Avenue into a
system of protected bikeways that includes the Midtown Greenway, the new Dinkytown
Greenway, the Grand Rounds, and more.

All photos from Kristina Perkins.